BANGKOK (Reuters) – Thai energy giant PTT Pcl (PTT.BK) said it will buy domestic power firm Glow Energy Pcl (GLOW.BK), controlled by French giant Engie SA (ENGIE.PA), in a deal that could be worth more than $4 billion as it seeks to play a bigger role in supplying power to the country’s industrial heartlands.

For Engie, the sale marks the latest phase in its two-year plan to sell off some 15 billion euros ($17.4 billion) of non-core assets and re-invest those proceeds away from coal and into areas such as renewable energy, power grids and energy services.

If the same terms were offered to Glow’s other shareholders, the remaining stake would be worth another 43.6 billion baht ($1.33 billion). With its own market value around just $3.3 billion, GPSC also unveiled major fund-raising plans including short-term loans as well as new share and bond issues, sending its stock sharply lower in early Bangkok trading.

The deal will allow state-backed PTT to nearly triple the size of its power generating arm, expanding capacity to 4,835 megawatts (MW) from GPSC’s 1,940 MW.

“This acquisition will enlarge our industrial customer base,” GPSC Chief Executive Toemchai Bunnag said in a statement announcing the deal.

GPSC said it would finance the purchase through short-terms loans of 142.5 billion baht to pay for both the Engie stake and subsequent tender offer. It’s also considering issuing up to 74 billion baht of new shares as well as new bonds of up to 68.5 billion baht, pending shareholder approval.

Shares in GPSC fell 3.9 in Bangkok as investors digested the implications of the fund-raising plan. Shares in Glow were up 1.6 percent, while PTT was also up by a similar amount.

Shares in Engie rose 0.7 percent, making the stock among the best performers on the Paris blue-chip CAC-40 index .FCHI. 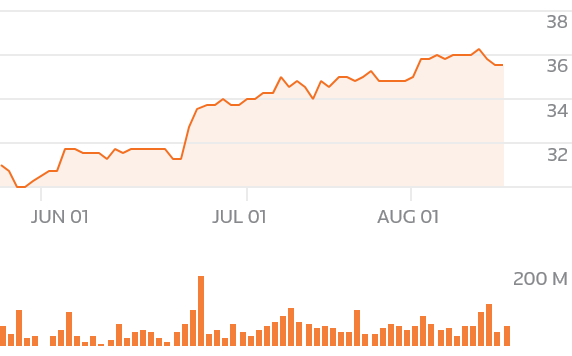 Engie CEO Isabelle Kocher, appointed in May 2016, has reinvested part of the proceeds from sales of fossil fuel related assets in a string of smaller renewable energy, power grids and energy services assets.

Engie added that the sale would result in net proceeds of 2.6 billion euros for the company, and in a 3.3 billion euros reduction of its net debt.

Analysts said the deal made strategic sense for PTT.

Other PTT subsidiaries are already Glow customers, and as industrial zones grow in line with government policy, so will demand for electricity with power plants difficult to build from scratch in those areas, Suwat said.

Antitrust concerns are not expected because at the new capacity, GPSC would become Thailand’s fourth largest electricity producer after Ratchaburi Electricity Pcl (RATCH.BK), which has an installed capacity of 5,211 MW. The government has a 45 percent stake in Ratchaburi.

Thailand’s largest power producer is the state-owned Electricity Generating Authority (EGAT) with a capacity of just over 16,000 MW.