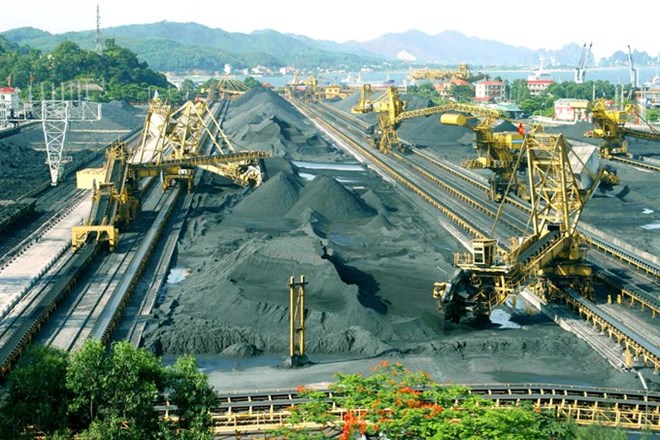 A coal mine of Thong Nhat Company, a member of Vinacomin. (Photo thanthongnhat.vn)
Hanoi (VNA) – The Vietnam National Coal and Mineral Industries Group (Vinacomin) aims to produce and sell 41 tonnes of coal in 2019, a year-on-year increase of 10-15 percent.

Vinacomin said the group this year planned to reach an output of 39 tonnes of coal. To reach the target, Vinacomin would review and rearrange the production ability of its member companies to make appropriate plans.

Vinacomin said it would increase ownership rate at its four member companies including Cao Son, Coc Sau, Ha Tu and Mong Duong to prepare for consolidation of some pit coal mines in 2019-20.

The group has implemented the first step to restructure labour and assets to merge the Red River Delta Coal Management Project into the Institute of Mining Science and Technology.

It would also privatise two member companies, divest capital at six other companies and sell shares at another six units.

It submitted a plan to the Ministry of Industry and Trade for the parent company’s equitisation following a roadmap approved by the Prime Minister.-VNA